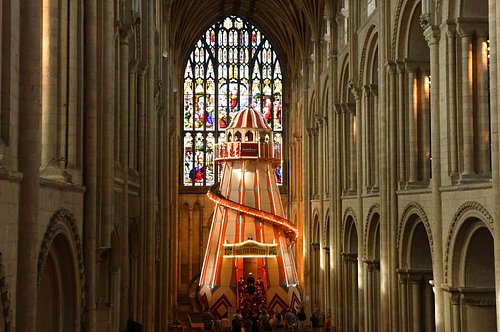 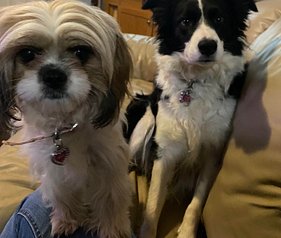 Before I get into the main topic I have in mind, I want to first remind you Hyper Preterists view all eschatology pointing to 70ad. All prophecy including the second coming of Jesus, the resurrection of the dead, heaven and earth passed away, and THE Judgment of all people, and the New Jerusalem is our abode as we live and breath and have our being.

I have been reading and watching these teachers like Don K Preston, William Bell, Max King and wondering how they come to some of the ridiculous conclusions they make at the same time promote themselves as scholars and Doctors of Philosophy aka (PhDs) and the only thing I can think of is their technique of repetition and more repetition and mental bullying. What do I mean by that? Well for example, recently Don K Preston’s You Tube channel Don has been in what seems like an infinite loop on Matthew 25:1-13 and the parable of the wedding. Don’t get me wrong, it is a good thing to study the Bible our whole lives and never stop. But to get stuck on eschatology and pick 13 verses and stay there for months repeating the same thing over and over day after day and selling the same books on it every day, it’s no longer teaching sound doctrine. It has become one of the main tools used by cults for brainwashing and training. It becomes obsessive, and hard-headed and stiff necked as anything the Pharisees Jesus rebuked in His day on this earth.

An example of the destructiveness of this kind of repetition and training and brainwashing I’m reminded of Jim Jones and his cult called “People’s Temple”. Jim Jones was very good at persuasion and he knew how to form a cult. One thing cult leaders do is “reprogram” new recruits. These recruits would all come in with preconceived ideas and notions and cult leaders just naturally know repetition and more repetition and daily ritual can reprogram the right kind of personality. It’s like some people can be hypnotized more easily than others. Also, some people can be led by the nose into a deadly cult like the People’s Temple. The phrase “drink the Kool-Aid” came from this cult. The fateful morning in November 18th 1978, those people weren’t handed Kool-Aid for the first time and told to drink it knowing it had cyanide in it. Jim Jones and his helpers had drills from time to time and they would have prayers and sermons and what not and drink Kool-Aid. Repetition and programming over and over and obsessing over something like “The US government is coming to get us” over and over. Before too long they probably looked forward to the Kool-Aid drills, especially the kids. Well eventually one day after all the reprogramming and rituals 900+ people drank the Kool-Aid and died from it. Jim Jones’ helpers went around shooting those who saw others dropping dead and refused to drink.

I’m not implying Don K Preston serves Kool-Aid, but I am saying his techniques along with Bell and King have the same repetition and ritual techniques even if they are more subtle and camouflaged. If most any preacher used, say, Matthew 25:1-13 and preached from that parable Sunday after Sunday for months and repeat and repeat and bully and every Sunday bring up someone who made a “silly argument” against the sermon that preacher would be looking for a job soon. That is with a sound congregation. But if the reprogramming has been successful, then that group will give birth to another Don K Preston or William Bell. But all it takes is one or two to leave with him. Before long that preacher has a few hundred who follow him every day on a You Tube channel with about 5.5 subscribers. Thank goodness most of those subscribers don’t watch any more, but 600 to 1200 a day is a lot of brainwashed souls who believe what they are hearing is Christian doctrine.

So how long does it take to convince someone that orthodox Christian doctrine has been wrong for 2000 years and the hope we have in the resurrection and the new heaven and the new earth has been wrong? Actually, not that long if we haven’t been reading the Bible and studying it for ourselves. The reprogramming isn’t that difficult if you have a clean slate to work with. It’s like a high school student getting a part time or summer job for extra money. A body repair shop will hire a young adult to help around the shop and even show him/her a thing or two on refurbishing their worn-out ride. But the owners are not likely to hire a know-it-all who is not apt to be trained in his instructions. Most just don’t have the time or patients to reprogram a young employee who refuses to learn the right way, or should I say, the bosses way. The two are not synonymous and that is an important distinction.

The doctrine of Christ has one “right way” and one Lord. But over time people have decided they wanted to show the Lord their way is just as good as His. Over the centuries we have seen multiple denominations and thousands upon thousands of ministries pop up and today most aren’t recognizable from their founding because they had too many “bosses” training the young. And their founding might have begun close to Biblical doctrine but always with a small change which grew and grew until many might as well be worshipping as golden lizard. The Church of England for example began as a way for the King to have more than one wife. Today one of their cathedrals has a slide for some reason. The slide has the words “Helter-Skelter” written on it which means “disorderly haste or confusion”. No kidding!

Heaven And Earth Passed Away Part 1

And so goes Hyper Preterism, also called Covenant Eschatology, Full Preterism. The early 70s saw this doctrine really hit the scene with Max King. Many people call this doctrine “Max Kingism”. He still to this day has sermons that repeat over and over about how the resurrection of all the dead is actually not each person’s body, but was the resurrection of the death of Israel, and risen as a cooperate body in 70ad at the coming of Christ and the destruction of Jerusalem and His remarrying Israel. Don K Preston is actually one of the people Max King is responsible for our being cursed with yet another false doctrine. And remember many of these leaders in this are ex-Church of Christ preachers and some claim to be part of the Church even while teaching heresies such as the resurrection is past. And why would congregations tolerate this? You got it, they are virtually telling the Lord they have a better way of learning His doctrine and have found their own flaws in the doctrine that has been written for 2000 years. And before you know it they too will have a slide and a Golden Lizard in their building.

As I pointed out earlier Preston’s ministry is stuck in an infinite loop right now in his repetition of when the wedding of Matthew 25:1-13 occurred. On one hand I don’t want to encourage anyone to listen to this guy, but on the other we need to expose these people and nip their doctrines in the bud before they grow even more. I’m going to have a “Part Two” of this and use more Bible and less me. But this is a web site that I intend to grow and I will start using more Bible. I haven’t been felling my best for a couple of months but I’ll get there eventually.

900 year old Norwich Cathedral in England with a slide they insist is not a gimmick.