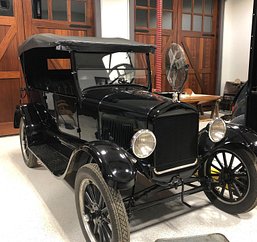 Revelation 20:10 John writes that the devil was cast into the lake of fire which burns forever. That is where the beast and the false prophet are as we were told in chapter 19. After the devil is cast into the lake of fire we see in verse 11 the great white throne and His face who sat on the throne caused the heaven and earth to go away, and no place was found for them. Then in verse 12:

“Then I saw the dead small and great standing before God and books were open, then another book was opened which is the book of life and the dead were judged according to their works by the things which were written in the books. the sea gave up the dead who were in it and death and hades delivered up the dead who were judged in them and they were judged each one according to his works. Then death and hades were cast into the Lake of fire this is the second death and anyone found not found in the book of life was cast into the Lake of fire”.

So who is in the book of Life? Well, for example, the church at Sardis in Revelation chapter 3, we know they were in the book of life and most were about to be blotted out if they did not repent. Sardis was called the “Dead Church”. However, even in a dead church Jesus knew there were a few who were being obedient and faithful and were going to walk with Him. John writes that those who did not repent would be blotted out. We see then that it is possible for us to be in the book of life and also possible we can be taken out of it.  In second Timothy 2:19 Paul to Timothy that the Lord knows who are His, and so it would stand to reason those who are His would be in His book of life. Who else is in the book of life? No one. If we do not belong to God then we are not in his book. In exodus 32:33 God told Moses; “whoever has sinned against me I will blot him out of my book.”

John 3:16 says “For God so love the world that he gave his only begotten son that whoever believes in him should not perish but have everlasting life. Sounds like the book of life to me.”

Ephesians 1:3 says “Blessed be the God and father of our lord Jesus Christ who has blessed us with every spiritual blessing in the heavenly places in Christ, just as he chose us in him before the foundation of the world that we should be holy and without blame before him in love.”. Again, sounds like the book of life to me. In Mark 16:16 we are told “He who believes and is baptized will be saved, but he who does not believe will be condemned.” Would the ones who did not believe be in the book of life? Of course not! That is what the book of life represents and what it does. It separates the believers and un-belivers. It is God's record of those who believe and have eternal life. In Acts 2:47 we are told the Lord added to the church daily those who were being saved. Again it stands to reason those who are in his church are those who are in His book of life. Is that book of life written with pen and paper? Probably not, but who cares? We just want to be in it whatever it is literaly. And unlike most at the church at Sardis we do not want to be blotted out. If we have sins we want to repent of those sins so we won't be blotted out.

Who will not be in the book of life? Revelation 21 verse 8 tells us “But the cowardly, unbelieving, abominable, murderers, sexually immoral, sorcerers, idolaters, and all liars shall have their part in the Lake which burns with fire and brimstone which is the second death.”

That covers a lot of people.  If we are in any one of those groups we will be cast into the Lake of fire that burns forever with the devil, the beast, and the false Prophet, and we're told that fire lasts forever and ever.

The hyper preterist such as Don K Preston claim that the white throne judgment has already occurred. Preston and his disciples claim this judgment happened in 70 A.D. This judgment, this resurrection, of Revelation 20 verses 12 and 13 where death and hades were also cast into the lake of eternal fire, according to hyper preterism doctrine occurred in 70 A.D.

Take a look at John chapter 5 beginning at verse 24. Jesus says, “Most assuredly I say to you he who hears my word and believes in Him who sent me has everlasting life and shall not come into judgment what has passed from death to life. Most assuredly I say you the hour is coming and now is when the dead will hear the voice of the son of God and those who hear will live”.

Notice Jesus did not say the Jews who hear my word will have everlasting life. Notice also when He said "the hour is coming and now is", Jesus was Speaking of a spiritual death because He was speaking to those and telling them those who hears His word will live. They would go from death to life. They were spiritually dead. Jesus was sent to be the judge as we see in verse 22. The father gave him the authority to give eternal life. And again in verse 26 and 27 Jesus reiterates that the Father had given him authority to execute judgment, and has granted Him life in Himself which means He has authority to grant life to those who hear his word. Then notice in verse 28 Jesus says, “Do not Marvel at this for the hour is coming in which all who are in the graves will hear his voice and come forth those who have done good to the resurrection of life and those who have done evil to the resurrection of condemnation”.

Notice Jesus said in verse 28 ALL will hear his voice. Not some, not just the Jews in Jerusalem but ALL. That’s going back to Adam and will include us who are alive today. ALL are appointed to die once, then the Judgment, Hebrews 9:27. So how could this be 70 A.D. if the judgment to come for those in the graves was just concerning old covenant Israel? And this is even leaving outand not considering first Corinthians chapter 15! The whole chapter is dedicated to the resurrection and was written to Christians, not to old covenant Israel. It was written to gentile Christians living in Corinth. Of course the resurrection and judgment to come did not happen in 70 A.D.  That is simply ridiculous!

When Jesus said the hour is coming when all in the graves will hear His voice, that is what Revelation 20 is talking about, the final judgment and resurrection. This is when death and hades, sinners, all will be thrown into the eternal Lake of fire. That is also where the devil was been cast into. And we go on to read in Revelation 21 that a new heaven and a new earth are createdwhich is where we will dwell with God himself. No more tears, no more pain, no more sorrow, and everyone outside could not enter. We've already been told where they are. They are in the eternal lake of fire. They're not just outside of gate symbolically wanting to come in. No, they know where they are and know they can never come in.  They are in hell with Satan. Don K Preston claims Revelation 20:21 and 22 is simply beautiful poetic language. We all understand Revelation is highly symbolic in metaphors and is written in apocalyptic language, but when we can read Jesus on words of a resurrection of all the dead and judgment of all men and women then we can know the literal resurrection our hope is in is still something we eargerly wait for.      The end of this age, the end of this world, the new heaven and a new earth is created for us. We can know that it is literal designed for our immoratal spiritual bodies, and it's not simply poetic language. When Jesus tells us we will have eternal laugh he's not telling us we will have eternal life of normal pain and suffering,  aches, and grieving and mourning. All of that will have passed away. We will be in the new heaven and the new earth. That's one reason I consider hyper preterism heresy. Where is the hope as Paul said in first Corinthians 15:19 "If in this life only we have hope in Christ we are of all men the most pitiable".

One more thought. If every eye saw Jesus return in 70 A.D. as He said, that means He has been revealed as He is now,  which also  means we are like Him in our immortal state. What do I mean by that? Look at first John 3 verse 2. John writes “Beloved now we are children of God and it has not yet been revealed what we shall be but we know that when he is revealed we shall be like him for we shall see him as He is”.  If Don K Preston is right we see each other as John said we shall be once we see His glory that wasn't revealed at the time John wrote his letter.  John told us when He is revealed, which would have been 70 A.D. according to Hyper Preterism, we shall see Him as He is and we will be like Him. We are Now, as Christians, in the state God intended all along. We are currently what  "we shall be" and we are like Christ who is Spirit.  That's according to hyper preterism.  And that's utter nonsense.

Also think about this. If 70 A.D. was the return of Christ was Christ revealed as Titus and his holy Angels as the Roman army? Of course not!  That's also utter nonsense. But that is what the hyper preterist are asking us to believe. 70 A.D., according to them, was the coming of Christ with his holy Angels, the remarriage of Israel to God, and the resurrection and judgment of all humankind. And if you believe that then you have to consider all the other things to do with Christ’s Church.

I know there's not a lot of people who's never even heard of Hyper Preterism, Covenant Eschatology, Max Kingism, Transmillennialism, Consistent Preterism, or whatever they want to call this doctrine, but it is growing and it's in the tens of thousands at least. This heretical teaching of 70 A.D. fulfillment of all things is a dangerous doctrine. There is nothing consistent about it and the focus is not on Christ but is only on pushing and focusing on 70 A.D. as the fulfillment of all things.

Heaven And Earth Passed Away Part 2