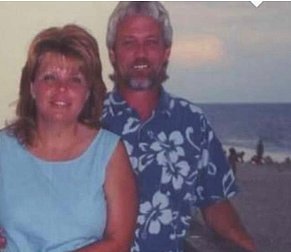 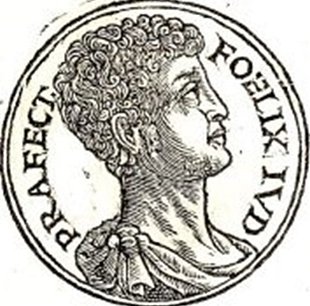 Who is Felix?  Here is a site and I will paste that has an introduction for who Felix the governor of Judea was.

His full name was likely Marcus Antonius Felix. He was appointed as governor of Judea about A.D. 52 by the emperor Claudius. Felix and his brother Pallas were freed slaves of Claudius’ mother Antonia. Both were  favorites of Claudius. a favorite in the court, this lead Felix to believe that he could do as he pleased. That Claudius would appoint freedman to posts such as this was considered unusual by Roman standards (Seutonius, Claud. 28). Since he was a freed slave, Tacitus thought his “servile nature” explained his inability to rule well (Hist. 5.9).

Felix had a reputation for cruelty, he suppressed many of the bandits that had risen in Judea, but he did so by extreme violence. He made a deal with one of the leaders, promising safe passage,  then captured him. When the Egyptian rallied people in the desert, Felix attack, killing four hundred followers. Later he paid the sicarri, the knife-wielding assassins, to take kill the high priest Jonathan who had complained to Rome about Felix, hoping for a better governor (Antiq. 20.163, JW 2.256)

So we see Felix was not a Jew and had no reason to fear the judgment the Hyper Preterists claim was coming upon Jerusalem and the Jews. Again, I’ll remind you, they teach what happened in the years before and after 70ad was the final judgment, the resurrection, the end of the old covenant, the wedding of Christ and the Church, the new covenant, and the ushering in of Heaven on earth.

In Acts chapter 23 we read of a plot by the Jews to kill Paul. Paul’s nephew went to warn Paul and so Paul sent for a centurion who in turn told his commander about the plot. Paul being a Roman citizen and the commander being in charge didn’t want anything to happen to Paul so he sent for two centurions and in verse 23 you can see he makes sure Paul has plenty of protection and then he sent Paul to the governor Felix. Apparently the commander didn’t want any part of this. Paul pleads his case to Felix and tells him of the Way he worships God, who the Jews call a sect. And he told Felix of the resurrection of the just and the unjust. And he reminded Felix if his accusers actually had anything against him they would have appeared before Felix to make their accusations. And so Felix adjourns and after some days Felix calls for Paul and this time has his wife Drusilla who was a Jew, with him.  Paul preached to them the faith in Christ, and reasoned with Felix about righteousness, self control, and the judgment to come.  After that it says in verse 25 Felix was afraid and said “Go away and I’ll call for you at a more convenient time”.

I encourage you to read chapters 23 and 24 for a more complete context, but my point is, why would Felix be afraid of a resurrection and judgment if the judgment only concerned the Jewish nation? Felix was a Gentile and more than that a Roman governor. According to the Hyper Preterists Felix would be part of the “angels of God” being sent to judge the nation of the Jews!

Just thinking of the notion that the resurrection and judgment to come is only for the “corporate” body of the Jews before 70ad just blows up in the face of Biblical reasoning and common sense. There was no reason for Paul to preach to the Gentiles if the judgment to come and the righteousness and self control was for the salvation of the Jews.

The link I posted about Felix, proves the judgment of Jews was going on long before 70ad and history proves it went on long after 70ad. The fact is Christians were already being persecuted by the Jews, Paul for example, and the Romans were about to come down on the Christians too! 70ad destruction of the temple was foretold by Jesus. But the siege and destruction of Jerusalem went on for years. And after 70ad there were even more Jewish uprisings that lasted for centuries. And some of the Hyper Preterists claim there are no more Jews after 70ad! Not just spiritually but physically.

70ad was a sign that God had swiped the land clean of the Old Covenant. The cross ended the Old Covenant and the judgment against the Jews for their rebellion against God and His son, yes that was a judgment. But not THE Judgment of ALL men, the just and unjust after THE resurrection of the dead in Acts 23 verse 15

The Hyper Preterist's 70ad doctrine teaches that the return of Christ and the judgment occured and the judgment was against Israel and the resurrection was the remnant of the New Covenant Church. They teach Heaven is here on earth since then and  all of Revelation 20-22 is fulfilled. So of course there's so much that would have to be explained or explained away to fit that doctrine and I chose to pick one. The story of Paul before the governor Felix.