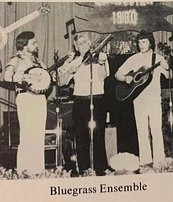 Was sin and death cast into the lake of fire in 70ad as Don K Preston teaches?

Revelation 20:10 The devil, who deceived them, was cast into the lake of fire and brimstone where the beast and the false prophet are. And they will be tormented day and night forever and ever.

Chapter 21 has a new heaven and a new earth replacing the old and a New Jerusalem coming down from Heaven verses 1-2 and verse 4 tells us God will wipe away all tears, no more death, crying or sorrow and no more pain. And then again we’re reminded of where the sinners are, they have their part in the lake of fire which is the second death.

Dr. Don and his followers will skip from chapter 20 and not talk much about chapter 21 and go to Revelation 22:15 and say (paraphrasing) See, the gates of heaven are open and people are still outside with the dogs. Why does he say that? Because he teaches we’re in Heaven right now. He teaches 70ad and the destruction of Jerusalem was the old heaven and earth and we’re now in the new heaven and new earth and this will last for eternity. There are no more tears, no pain, and no sorrow or pain today because all those things have passed away. No I don’t even pretend to understand how these people can come up with that nonsense, but remember they think and believe in terms of all things centered around the Jews, the Old Covenant, and all prophecy was finalized and finished in 70ad.

I tried to ask Dr. Don what “sin and death” was cast into the lake of fire, spiritual or physical? If it is spiritual then no one after 70ad could possibly sin and be lost. I mean, it’s common logic and common sense folks. Chapter 21 verse 4 says there is no more death. OK and I believe that and verse 8 tells us where all the sinners are, which is the lake of fire as chapters 19-20 had previously told us about.  So if there is no more death and no more sin, and we’re already in heaven and the New Jerusalem, then no one from 70ad forward will die either spiritually or physically or both.

But we all know that’s false. We see people leave the faith all the time. We see people obey the gospel all the time, less frequently these days, but it hasn’t stopped yet. But if you teach the final judgment day came about at the destruction of Jerusalem and all creation has been destroyed and renewed as 2 Peter 3 teaches along with Revelation 19-22, and all sin and death and sorrow and pain has been cast into the lake of fire then you have no hope. I don’t care how many scholars or doctorates agree with that foolish doctrine, the final judgment is not limited to the Jews who rejected Jesus.

Let’s look at the story of the rich man and Lazarus found in Luke 16. One Preterist source “United Preterist Church” says this of the story and it’s meaning…Jesus simply takes a common, well known, non Biblical story, and uses it to condemn the Sadducees , Pharisees , and scribes for their hatred and unbelief. Telling them and His disciples about the reversal of fortunes after the Judgement. His use of this familiar story as a parable in no way endorses it's non biblical doctrines.

How do they reach that conclusion you might ask? Well it’s how they use the Bible and extra Biblical material. For example they write…

Where did this story come from?

In First Temple Judaism, Sheol in the Hebrew Old Testament, or Hades in the Septuagint, is primarily a place of "silence" to which all men go. However during, or before, the exile in Babylon ideas of activity of the dead in Sheol began to enter Judaism.

During the Second Temple period (roughly 500 BCE–70 CE) the concept of a Bosom of Abraham first occurs in Jewish papyri that refer to the "Bosom of Abraham, Isaac and Jacob".This reflects the belief of Jewish martyrs who died expecting that: "after our death in this fashion Abraham, Isaac, and Jacob will receive us and all our forefathers will praise us" (4 Maccabees 13:17).Other early Jewish works adapt the Greek mythical picture of Hades to identify the righteous dead as being separated from unrighteous in the fires by a river or chasm. In the pseudepigraphical Apocalypse of Zephaniah the river has a ferryman equivalent to Charon in Greek myth, but replaced by an angel. On the other side in the Bosom of Abraham : "You have escaped from the Abyss and Hades, now you will cross over the crossing place... to all the righteous ones, namely Abraham, Isaac, Jacob, Enoch, Elijah and David."In this story he was not idle in the Bosom of Abraham, he acted as intercessor for those in the fiery part of Hades.

See folks, that’s how you can make where we are right now Heaven. Just use your imagination and unbelief of the plain written word of God and add Greek mythology and maybe even Gulliver’s Travels and you too can claim Jesus, the son of God, plagiarized mythical tales and made them His own.

The story of the rich man and Lazarus is very simple and easy to understand. It may be a parable and probably is, but Jesus didn’t call it that. Parable or not the message is clear. How we treat people comes from the heart. And when Jesus said “On these two laws hang all the law and the prophets, Love God with all your heart, soul and mind, and the second is love your neighbor as yourself” The rich man denied and disobeyed both those commandments. Jesus taught these two commandments and the Apostle John reminded us of the command to love one another. So did Paul.

We see the mistreatment of people still to this day. We see some so called preachers getting rich while pleading for the last dollar from someone living on Social Security. But the Hyper Preterists teach those sins were cast into the lake of fire in 70ad or at least are outside the gates of Heaven we’re living in right now. And they twist the story of the rich man and Lazarus into such a pretzel it’s not even recognizable and they will talk to you like your illiterate for challenging them and their “scholarship”.

But again I hope to point out over and over, the Bible is written in a way we can understand it and God gave us the Church purchased by His own son to help us understand His will for us. We do not use Homer’s Odyssey or Greek mythology to make a claim Jesus borrowed from it to tell a parable.

If I ever get an answer to what death was thrown into the lake of fire from a Hyper Preterists I’ll let you all know. But as it stands you can see why their doctrine is causing many to fall completely into Universalism and even ultimately Atheism.

When Is Sin and Death Destroyed?

Back when I was a race car driver